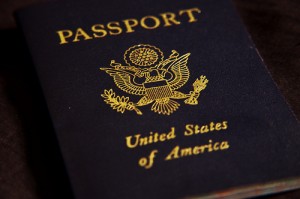 We received approval of a client’s immigrant visa petition and I-601 Application for Waiver of Grounds of Inadmissibility.  Our office  prepared and filed the I-130 petition, secured its approval, then put together a comprehensive I-601 waiver package that was submitted to the USCIS for adjudication.  The I-601 waiver was approved and our client obtained his immigrant visa at the U.S. consulate in Ciudad Juarez before returning to the U.S. as a lawful permanent resident.

Our client was a native of Mexico who entered the U.S. without inspection over 11 years ago.  He subsequently married a U.S. citizen and they had a daughter together.  He required the I-601 Application of Waiver of Grounds of Inadmissibility due to his unlawful presence of over 1 year inside the United States, which made him subject to the 10 year unlawful presence bar under INA Section 212(a)(9)(B).

An I-601 Application for Waiver of Grounds of Inadmissibility requires a showing that the applicant’s U.S. citizen spouse or parent would suffer “extreme hardship” if the applicant is refused admission into the United States.  “Extreme hardship” has a special meaning under U.S. immigration law.  The factors considered relevant in determining extreme hardship include:

Spouses must demonstrate that their relationship will suffer more than the normal hardship or financial inconvenience caused by family separation.

In support of his I-601 waiver application, I prepared a comprehensive legal brief going over how the facts and circumstances of his situation met the legal standards used to define “extreme hardship.”  This brief was accompanied by supporting exhibits that provided proof of the statements made in the legal brief.

Factors in the favor of our client were the following: